The ongoing pandemic has made the academic community to put a lid on all forms of direct scientific contact such as conferences, internships, and exchanges. Two researchers from ITMO University got lucky: they were able to do an internship at the University of Toronto (Canada) mere weeks before the country closed its borders. We got in touch with them to find out what impressed them most about their Canadian colleagues’ practices, how they had to outrun the travel lockdown, and how their research continues at home. 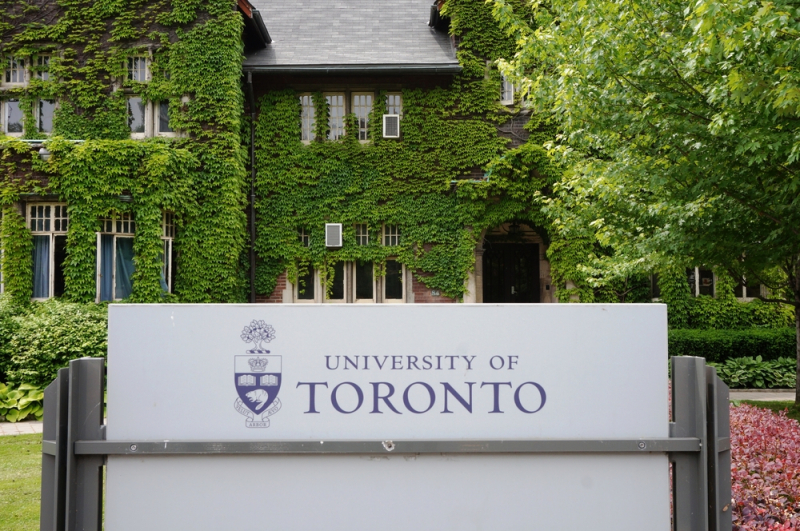 In 2019, ITMO University’s SCAMT Lab received a so-called megagrant for purposes of developing functional materials. The prominent scientist Eugenia Kumacheva, currently a professor at the University of Toronto, stepped in as the project’s international partner. According to the staff of SCAMT, the combination of Russian scientists’ efforts, Kumacheva’s expertise, and ITMO University’s technical capacities should result in breakthrough results.

One of the first stages of the project was the establishment of a new laboratory, as well as a visit to Canada for two ITMO University scientists, whose goal would be to study the working processes at Prof. Kumacheva’s lab and adopt their Canadian colleagues’ most useful practices.

The two researchers chosen for this task were Elena Krivoshapkina and Sofia Morozova. Their journey was expected to take on the form of a research internship, with the two participants joining research projects and getting to know their colleagues; the coronavirus pandemic, however, forced some changes to the initial plan. Today, the researchers usually communicate with colleagues and journalists by Skype or phone.

Elena Krivoshapkina: After we won the megagrant, we had to decide which fields our research would focus on. Three subjects were chosen, with Sofia and I responsible for two of these. An internship at the University of Toronto was organized to allow us to adopt the best practices of Eugenia Kumacheva’s team and therefore speed up the research process back in Russia. We set off as soon as we got our visas.

Sofia Morozova: Our intention for the trip was to understand how Prof. Kumacheva’s laboratory functions and which principles they follow. She is, after all, a highly renowned scientist with an h-index of 84. She got her education in Russia, worked in Israel, and is now a professor at the U of T, publishing amazingly well done articles in high-impact journals.

EK: I really liked the way things are done at Prof. Kumacheva’s group – from areas of research to the technical aspects of it. Everyone has their responsibilities: someone’s maintaining safety procedures, someone else is hosting internal seminars, and so on. Everyone understands their role and, as a result, everything is like clockwork.

Every Monday, the team holds seminars at which they present reports and draw up a schedule of the coming week, which includes staff members’ individual meetings with Eugenia (during these, they are able to discuss the results acquired so far and receive recommendations for their projects). Team members also review various interesting articles on their research subjects and share their contents with the others. This helps them stay informed and draw inspiration for new ideas.

On Fridays, invited professors deliver lectures at the Department of Chemistry. I’ve had the chance to attend several very interesting lectures given by world-class scientists. Moreover, graduate and postgraduate students often have the chance to meet them as a group, ask questions, and receive valuable advice.

SM: I’ve been very impressed with the university’s device pool, which has four scanning electron microscopy units and one transmission electron microscopy unit and provides access to all sorts of research tools. I had arrived right after they’d just organized the laboratory according to new safety regulations. It was in perfect order: all the reagents in alphabetical order, squeaky clean. That’s rather unusual for a chemical lab, as it usually doesn’t take long after a clean-up for things to get somewhat chaotic again.

But, naturally, what impressed me the most was getting to meet Eugenia Kumacheva herself; she is very democratic in her approach to work and is always eager to help out and make a suggestion on your research.

EK: Prof. Kumacheva decides on the project’s scientific agenda, but, of course, we are also able to develop our own ideas and suggest things we’d be interested in working on. During our internship, I got to work on two projects: one that was already active and has now gained a second wind – and one we’ve practically started from scratch.

The first project focuses on the development of hydrogel-based smart platforms that may be used, for instance, as wound-sealing bandages. Eugenia Kumacheva’s group has previously developed a way to modify crystalline nanocellulose using carbon nanodots. This material is fluorescent. Using this nanocellulose, we have developed a gel that could be produced using a 3D printer. The gel is fluorescent, too, but the glow decreases during use. This is because of the sorption of ions in model systems that are made to resemble wound fluid in composition. These platforms can easily be loaded with drugs intended to heal the wound and fight infection.

The second project deals with 3D security printing. Using special equipment we’ve purchased using our megagrant, we’ll be able to continue working on it at our university.

SM: I’ve also worked on two projects, the first of which was about developing a way to 3D print actuators for artificial muscles used in soft robotics. I joined this project in Canada after its team completed a series of experiments on the mechanics of actuation. In our case, it was about a gradient that deals with sequencing at the micro- and nano-scale, resulting in a specific kind of actuation.

What does that mean? Imagine you have a piece of film or a rod that comes into motion when interacting with external stimuli. The stimuli could be electricity, a change in humidity, or a chemical reaction. In our case, the action is warping caused by a change in humidity. So, the object becomes twisted in water, but uncoils when it’s dry again.

The second project is about developing materials with a gradient of mechanical and optical properties. These films contain polymer nanoparticles with a fluorescent dye, which can be used to record and store data; at the same time, the image will remain hidden until it is affected by radiation of a specific wavelength.

In terms of experimentation, we’ve been able to carry out emulsion polymerisation of two types of particles that contain blue and green fluorescent dye. They were then used to produce crystalline nanocellulose ink, which was analyzed for rheological properties. We identified ingredients that would make it possible to achieve thixotropic qualities (thixotropy is the ability of a substance to reduce viscosity in reaction to mechanical stimuli and increase viscosity at rest – Ed.) and printed our first samples. Unfortunately, we weren’t able to record anything because that was when the quarantine began.

EK: As the pandemic began, we had to quickly pack our things and return home. At first, we believed we’d be able to continue our research, as it’s conducted in relative isolation from each other, but then we were told that the University of Toronto would be on total lockdown. We had to put a lot of effort in and do in a week what we planned for the month. We also had to close down the lab, which is when I was once again impressed by how well Prof. Kumacheva’s team is able to each carry out their responsibilities. Then, we had to find return tickets as soon as possible.

We were, in essence, jumping onto a moving train: every day, more countries would close their borders, so we could wake up and learn from the morning news that a potential layover point was no longer available. When I returned home, I spent two weeks in quarantine, remotely supervising our lab’s operations until Russia, too, went into self-isolation.

SM: When I found out the university would be closing on March 20, I adopted a 24-hour work mode. I tried to do as much as I could for the projects we started, as a future investment. I had to take a few days to recover after this, so I left Canada two days after Elena did.

EK: Since we’re able to continue our research in Russia in small teams, we’re currently conducting experiments and working on articles. We’ve discovered that our fluorescent gel has a slight antibacterial effect of its own. Biological testing that is needed to confirm this is currently being carried out at ITMO University.

SM: We’ve had some reagents shipped here, so we’re able to continue some of the work we started in Canada. This is, of course, still a challenge for us, as we have not yet been able to set up a laboratory similar to the one we had back there. The quarantine caught us at the very start. I believe we will continue these visits and exchange experience, but it is difficult to say when that’ll happen.