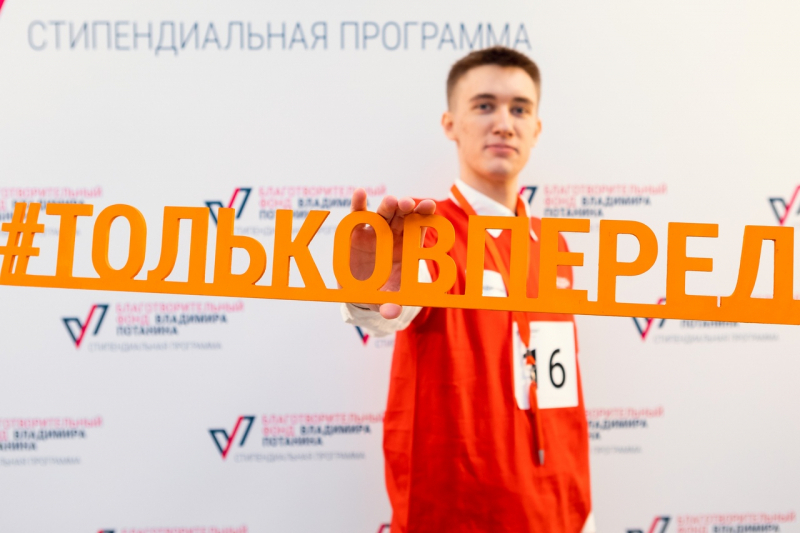 Among other things, the scholarship contest aims to support the best Master’s students from 75 universities participating in the program. This year, 5,707 students applied for the contest, ITMO placing second in the amount of applications sent by the university students (244) after the Higher School of Economics (274).

In the first stage of the contest, the organizers evaluated letters of motivation and popular-science essays submitted by applicants – 2,000 participants passed through this selection into the next round.

In the final stage, which took place online, the committee evaluated students during business games – the participants took part in interviews and presented solutions for the suggested cases. As a result, 750 students became winners of the contest, including 73 from the Higher School of Economics and 61 from both ITMO and Lomonosov Moscow State University.

I do research at ITMO’s SCAMT Institute under the supervision of Vladimir Vinogradov. I am interested in new approaches to synthesis in materials chemistry and development of functional materials. We are currently studying galvanic substitution reactions in a non-aqueous medium – we are looking for unique chemical agents and solvents. This project will allow us to create a full-scale foundation for synthesis of new nanomaterials that will be used in catalysis, medicine, the development of new accumulators, and more.

First of all, this contest allowed me to get to know myself, identify areas of growth, and also meet very interesting people. I’m still in touch with some of them and in the future it could grow into research collaborations or even business projects. And of course the scholarship is very important for me, too, as it’s a stable source of income for the whole period of my Master’s studies. For me, it’s an opportunity to additionally support myself financially and thus spend more time on research and volunteering instead of looking for part-time jobs.

I would advise any future participants to be themselves during the finals. If you are a Bachelor’s student thinking about participating in this contest in the future, then you should take part in various events, volunteering, and educational activities. This contest puts a lot of emphasis on the participants’ leadership skills, so you could try to identify them in yourself and try them in practice.