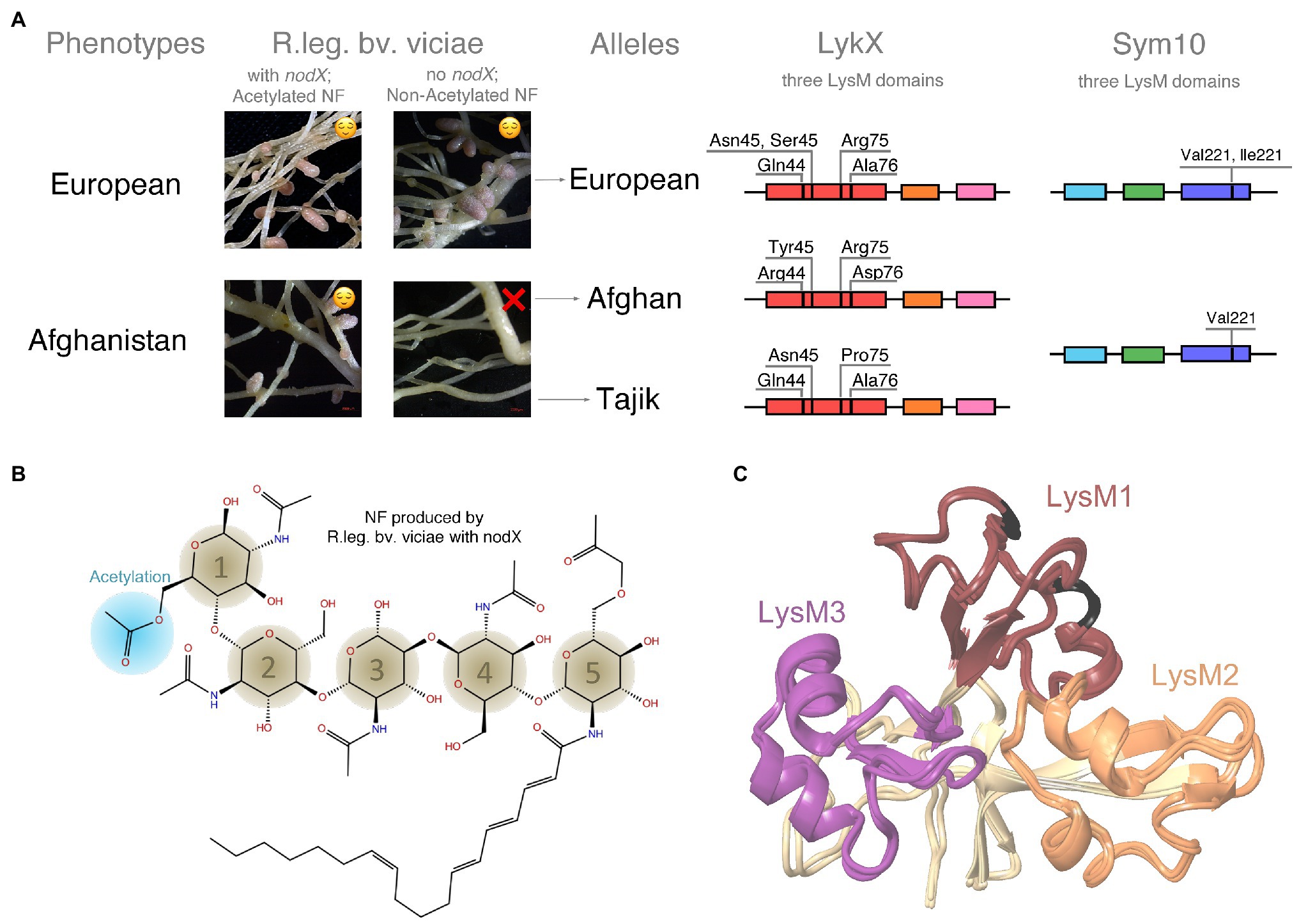 The difference in symbiotic specificity between peas of Afghanistan and European phenotypes was investigated using molecular modeling. Considering segregating amino acid polymorphism, we examined interactions of pea LykX-Sym10 receptor heterodimers with four forms of Nodulation factor (NF) that varied in natural decorations (acetylation and length of the glucosamine chain). First, we showed the stability of the LykX-Sym10 dimer during molecular dynamics (MD) in solvent and in the presence of a membrane. Then, four NFs were separately docked to one European and two Afghanistan dimers, and the results of these interactions were in line with corresponding pea symbiotic phenotypes. The European variant of the LykX-Sym10 dimer effectively interacts with both acetylated and non-acetylated forms of NF, while the Afghanistan variants successfully interact with the acetylated form only. We additionally demonstrated that the length of the NF glucosamine chain contributes to controlling the effectiveness of the symbiotic interaction. The obtained results support a recent hypothesis that the LykX gene is a suitable candidate for the unidentified Sym2 allele, the determinant of pea specificity toward Rhizobium leguminosarum bv. viciae strains producing NFs with or without an acetylation decoration. The developed modeling methodology demonstrated its power in multiple searches for genetic determinants, when experimental detection of such determinants has proven extremely difficult.