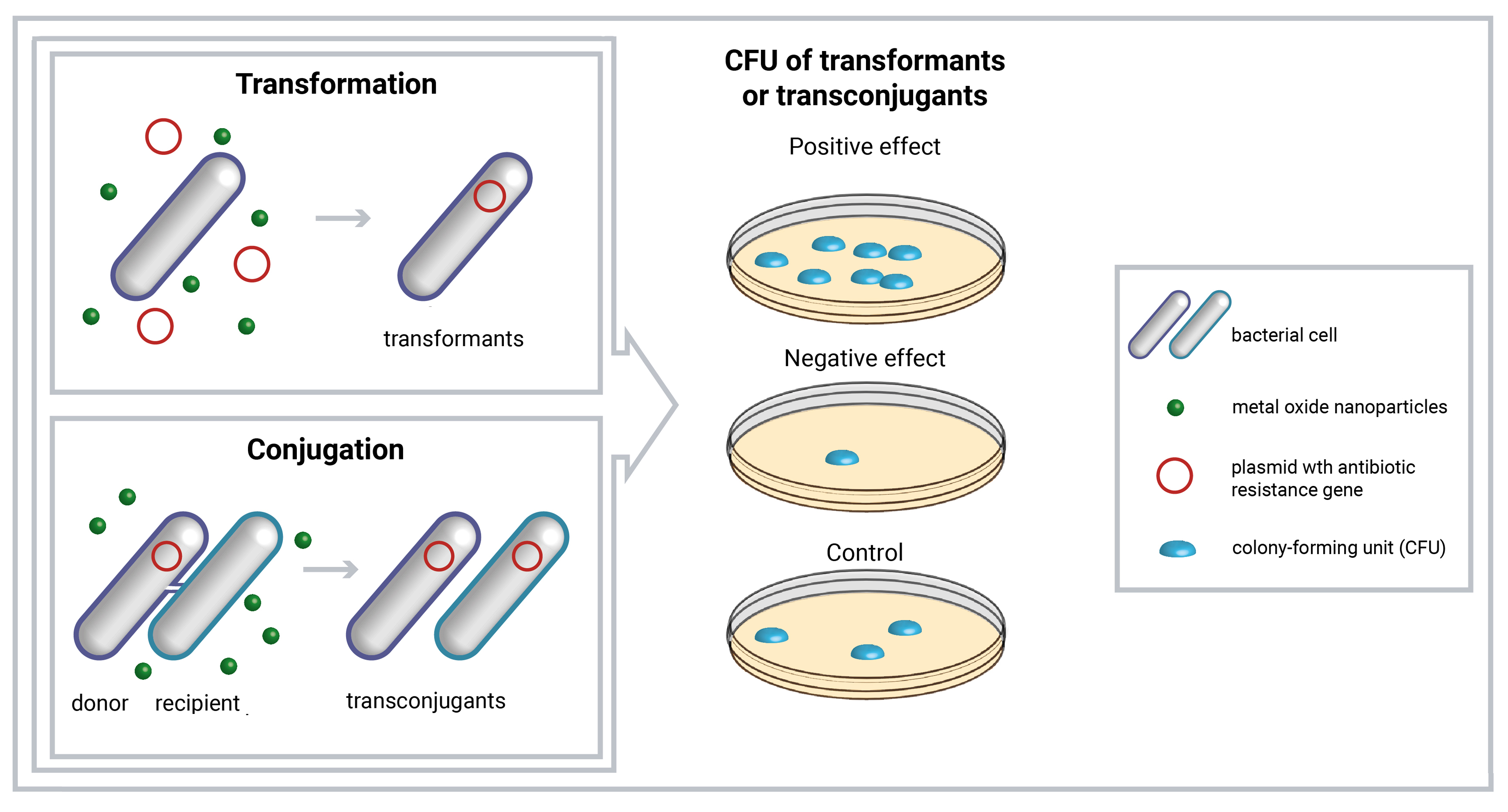 Rapid development of antibiotic resistance in bacteria is a critical public health problem in the world. One of the main routes of resistance development is the transfer of genes containing antibiotic resistance cassettes. Gene transfer can be done through horizontal transfer of genes: transduction, conjugation, and transformation. Many factors in the environment influence these processes, and one of them is the action of metal oxide nanoparticles (MONPs), which can appear in the milieu through both biological synthesis and the release of engineered nanomaterial. In this study, the effect of AlOOH, CuO, Fe3O4, TiO2, and ZnO MONPs on the transformation (heat shock transformation) of bacteria Escherichia coli K12, and the conjugation between E. coli cc118 and E. coli Nova Blue were studied. The MONPs were synthesized by one method and fully characterized. ZnO nanoparticles (NPs) have significantly increased the efficiency of transformation (more than 9-fold), while the other NPs have reduced it to 31 times (TiO2 NPs). AlOOH NPs increased the number of transconjugants more than 1.5-fold, while CuO and Fe3O4 NPs did not have a significant effect on transformation and conjugation. Thus, the data shows that different types of MONPs can enhance or inhibit different gene transfer mechanisms, affecting the spread of antibiotic resistance genes.