Application of extracted b-glucan from oat for b-carotene encapsulation 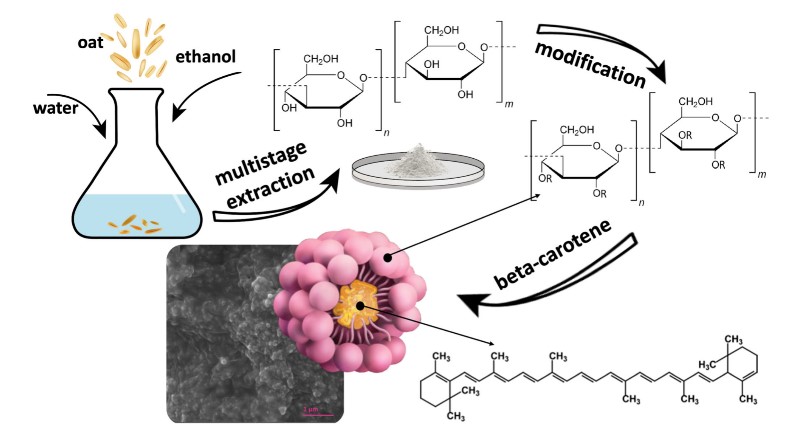 The cell walls of cereals are rich sources of polysaccharide β-glucan. In this study, the β-glucan was extracted from oat bran using the hot-water extraction method and dried in a pure powder form. The concentration of the β-glucan in the extract was determined using the L-cysteine sulfuric acid method. The results showed that the yield of β-glucan using the hot-water extraction method is the highest compared to its yield achieved by enzymatic, acid, and alkaline methods. In this paper, the usage of the β-glucan as a coating material for a water-insoluble carotenoid is considered. This study demonstrates for the first time the encapsulation of β-carotene with modified octanoic acid β-glucan. It implements to obtain a stable encapsulated polysaccharide-carotenoid system, which has been studied by a set of physicochemical methods and a cytotoxic analysis was performed on the HCT-116 cell line. The SEM image of the resulting encapsulated system is perfectly correlated with the DLS data, which has determined the size of MG capsules at 200 nm. The cytotoxic analysis demonstrates that the cell viability was more than 70%, which indicates its potential using in the food industry.