Research Team from ITMO University, St. Petersburg State University, and Nova Southeastern University Is the First to Sequence the Genome of Moss Animals

Moss animals (Bryozoa) are a source of bryostatin, a promising material to be used in medicine. However, the genome of these species hasn’t been analyzed until now. The research has been published in Scientific Data. 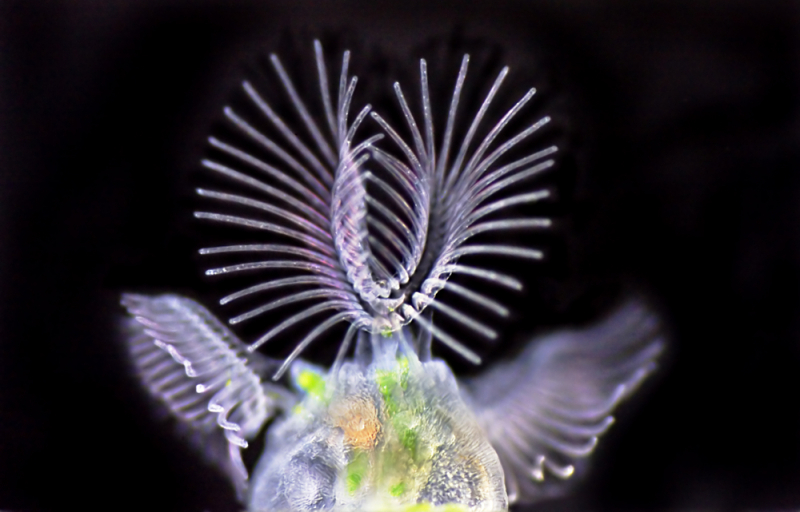 The fields of genetics and bioinformatics give scientists the ability to reveal more and more of nature’s secrets. Genetic information allows them to study evolution, history, and the current state of species. However, the genome must be thoroughly sequenced beforehand. That’s what many scientists are engaged in these days. The genomes of common species, such as monkeys, cats, and whales, have been studied first. Now scientists research less familiar animals as well.

“Most scientists are engaged in sequencing the human genome,” says Aleksey Komissarov, Leading Research Associate at SCAMT. “Others research invertebrates and some study vertebrates that inhabit the ocean. If you were to dive in the ocean in a region with clear water, you’ll see that there is an entire universe of its own at the bottom. There are not only fish, corals, and shellfish, but also many species we know nothing about.”

Moss animals are one of such under-researched species. They are invertebrates that look like plants. In the second half of the 20th century, they attracted the attention of scientists because bryostatin can be produced out of it. Bryostatin is a substance that allows us to influence the activity of cells. Medications containing it are in development.

“Moss animals are often confused with plants,” says Polina Kuchur, second-year ITMO University student. “They inhabit the coastal area at a depth of 200-300 meters. They get attached to rocky coasts and port facilities. Moss animals are a colonial, so to say, a modular organism. It means that inside of what seems to be one organism, there are actually several of them. Each of them is responsible for a certain function: reproduction, nutrition, or attachment to the surface.”

Obstacles they had to face

Even though moss animals can be potentially used for bryostatin production, no full sequencing of their genome has been done until now. That’s why the international team of researchers from ITMO University, St. Petersburg State University, and Nova Southeastern University (USA) started to study the genome of one of the moss animal species.

However, the researchers faced several obstacles. Firstly, these animals are relatively small, which makes it hard to find enough genetic material for analysis. Secondly, they are a colonial species – what looks like one organism to us is actually a group. As a result, the scientists had to study several organisms at once.

“If we need to perform sequencing of a human genome, we take a blood sample,” explains Aleksey Komissarov. “This sample contains only one genome. In case of moss animals, however, there will be lots of genomes because each organism differs a little from the rest. It distorts the results of research. Moreover, fish with their own bacteria and symbionts swim near moss animals. As a result, our samples contain not only moss animal genome but also genomes of all the biological species near them.”

The scientists had to process received data in order to determine which bits of information are about their research object.

“There are bioinformatic tools for it,” says Polina Kuchur. “At first, we tried to annotate all data there is and then we created separate subsets for fish, bacteria, and moss animal genomes. Only about a third of our data is about moss animals.”

Being the first ones

However, there were even more obstacles. The scientists couldn’t compare their research results with others, as almost nothing about genetic data of moss animals has been published before. Moreover, there is a huge gap between moss animals and other species, so the method of analogy wouldn’t work either.

“Their genome is very different from other species’,” says Aleksey Komissarov. “When we receive genetic data, we usually compare it with something known but in this case, there wasn’t anything to compare it with. It’s hard to annotate previously unknown things. Are genes detected for the first time actually new or is it just a distortion or an error? Gene prediction is a probabilistic algorithm that sometimes causes errors.”

The international research team also had to compete to be the first ones to publish their research, as there were at least five other teams engaged in the same topic. Nevertheless, ITMO University and Nova Southeastern University team came first.

Analysis of moss animal’s genome will accelerate bryostatin research. Moreover, there is another way to apply it – researchers have been wondering how exactly moss animals are able to attach to the surfaces. The answer to this question will help create new bioactive medical materials and develop compounds for ships and platforms that wouldn’t allow moss animals to get stuck to them. As of now, a lot of research lies ahead of the scientists.