Researchers from ITMO’s Faculty of Physics and ChemBio Cluster have created liquid-metal nanoparticles that can reversibly change their shape when exposed to laser radiation. The discovered effect holds great promise for ultra-compact optoelectronic devices, smart sensors, and signal systems. The results of the study are published in Physical Chemistry Letters. 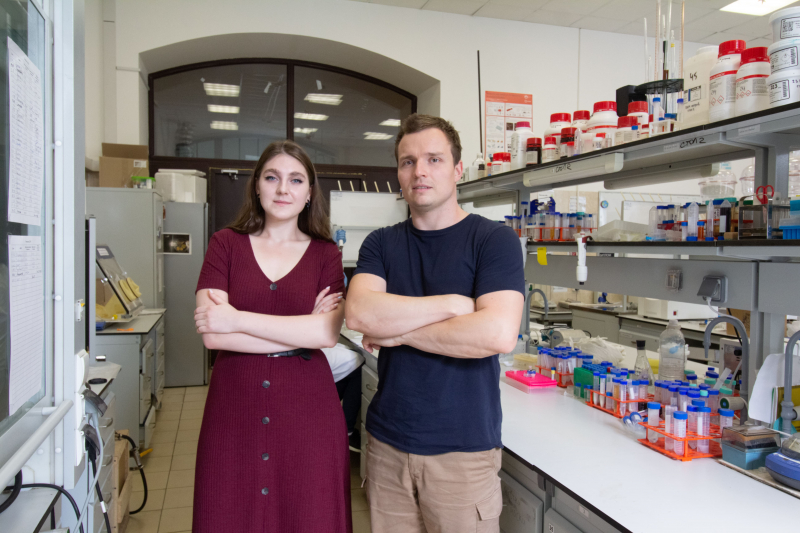 Active controlling of optical nanostructures is a brand new yet highly promising field in nanophotonics. Although scientists have already succeeded in creating shape-controlled nanomaterials from silicon, they could not do so with metal particles as they are inelastic and irreversibly deform when heated.

ITMO researchers have found a way to overcome this challenge by changing the composition and structure of metal particles. The technology grew out of Aleksandra Falchevskaya’s paper on liquid metals and their use for hybrid materials. Scientists from ITMO’s Faculty of Physics (under the supervision of senior researcher Valentin Milichko) and their colleagues from the Russian-French laboratory have explored its practical applications in optics, including next-gen optical devices.

“Together with our colleagues, we figured out how to obtain hollow nano- and microcapsules from liquid metals of various compositions. Our goal was to observe how the capsules would react to femtosecond laser radiation. Initially, we believed that since these are alloys of liquid metals, we can adjust their melting temperature in order to control their optical response through mechanical deformation. And if we were able to return them to their initial state with radiation, then we would make a breakthrough in the optics of nanomaterials,” says Aleksandra Falchevskaya, co-author of the article and PhD student at ITMO’s ChemBio Cluster.

The scientists decided to use gallium and its alloys for particles because of their low melting points (ca. 30°C). While it begins to melt quickly when heated under normal conditions, short-term exposure to a femtosecond laser creates a reversible deformation in sphere particles that can be undone after exposure has ceased. As a result, particles go from curved back to spherical during the procedure.

The material is made up of gallium and other metals, too. They serve to control melting temperatures and allow scientists to vary their flexibility. The particle’s inner structure also plays a critical role in the process. The researchers tested both hollow and single-piece microstructures, and the latter lead to a less pronounced effect. They gathered an entire collection of various particle variants, all of which were experimentally tested, while trying to figure out the right composition and inner structure.

“When we used solid gallium particles as our reference sample, we didn’t obtain what we wanted. The effect was most noticeable with hollow particles. The mix of gallium and nickel has an optimal combination of low melting points and flexibility. So they can be easily transformed back and forth. Copper particles, in turn, are thin-walled and solid and tend to break down rather than curve in response to stimuli,” explains Aleksandra Falchevskaya.

The study stresses that although scientists investigate controlled materials and discover more and more chemical and physical ways to create such materials, no one has ever done it before with metal structures.

“We were the first to use femtosecond laser radiation to slightly heat a particle and change its shape and hence its optical properties. The discovered effect can be applied in sensorics and light control devices at a micro- and nanoscale. Our hypothesis was confirmed by successful experiments and theoretical calculations brilliantly performed by Semyon Bachinin, PhD student at ITMO’s Faculty of Physics,” concludes Nikita Kulachenkov, junior researcher at ITMO’s Faculty of Physics.