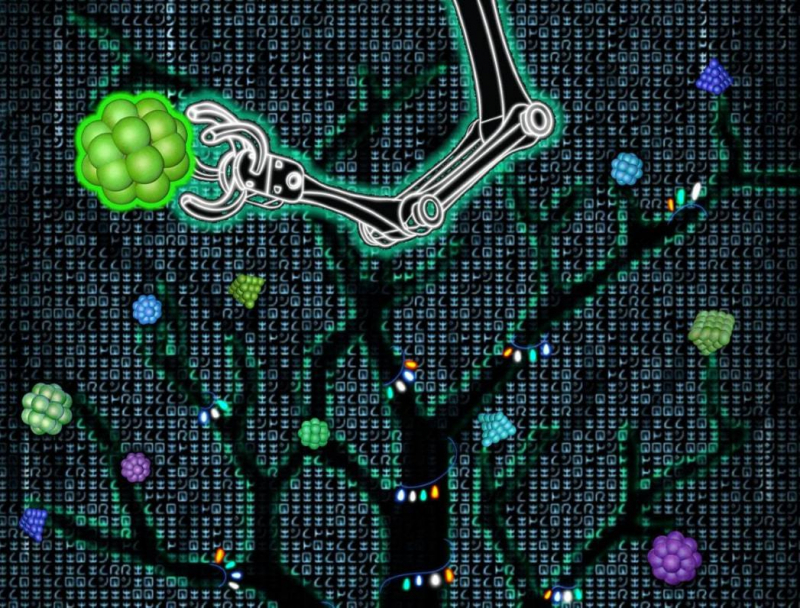 DiZyme is an open expandable platform that contains a database of nanoparticles with their enzymatic activity, an interactive data visualizer, and AI algorithms. This service can predict a reaction’s kinematic properties, such as its velocity and the affinity of its compounds.

The new service will come in handy both for those looking to develop a specific material and fundamental researchers in the field. In order to identify the activity limits for a specific group of nanoparticles, users have to simply specify their chemical formula and the known parameters. The platform will supply this information with plots illustrating the way catalytic activity changes in relation to various factors. Moreover, if certain factors, such as pH index, for a reaction are unknown, the system will automatically plot them based on the data available in the database.

“Our service is tailored, first of all, to the study of nanoparticles with peroxidase activity. It’s a class of enzymes that catalyze oxidation of substrates with hydrogen peroxide,” says Julia Razlivina, the article’s first author and a Master’s student in Chemistry of Applied Materials at ITMO. “We have accumulated quite a lot of data on such systems. Any user can open our website, enter a chemical formula and nanoparticle parameters, and then let the algorithm predict its activity in seconds.”

Previously, researchers had to measure every parameter and build experimental patterns manually in order to predict the activity of a nanozyme. This is usually very time-consuming.

“Moreover, the platform is not limited to peroxidase activity and can potentially be used for other reactions, which we are planning to do when there is enough digitized experimental data,” adds Nikita Serov, a co-author of the article and a PhD student at ITMO. “We are aiming to significantly accelerate experimental studies and minimize their costs. The more researchers use our platform, the better it will become.”

Nanozymes first became widely discussed in the 2010s with the release of a large number of publications on experimentally demonstrated catalytic properties of various nanoparticles. However, there was no unified database of all these publications and algorithms that would help researchers predict such properties in nanoparticles instead of relying on trial-and-error.

This problem is now solved by DiZyme, whose algorithm builds relations between variables that make it possible to compute catalytic activity for an artificial compound. Importantly, the database can be expanded – users can add newly produced research results.

Why nanoenzymes are superior to natural ones

Enzymes are molecules that can catalyze various reactions. Countless such reactions happen in live systems every second and the majority of them wouldn’t be possible if it weren’t for enzymes. In live organisms they usually appear in the form of complexly built and synthesized proteins.

In contrast to natural enzymes, nanozymes have a simpler structure and are easier to store, produce, and apply for various purposes. Thanks to these properties, they are being gradually implemented in different practical fields, from cancer treatment and diagnostics to environmental protection and biosensorics. That’s why it is so important to learn to predict the properties of modeled enzymes sometimes even before they are synthesized. The new platform will facilitate this process.

“We wanted to demonstrate the model’s precision, and to this end we’ve selected 16 different samples and measured their peroxidase activity and compared the results to the ones produced by the platform. It turned out that the service matched our results almost ideally for 70% of samples, while for the other 30% the results fit into the accepted accuracy limit. This demonstrates the high precision level of our platform in predicting enzymatic activity,” adds Vladimir Vinogradov, head of ITMO’s SCAMT Institute.