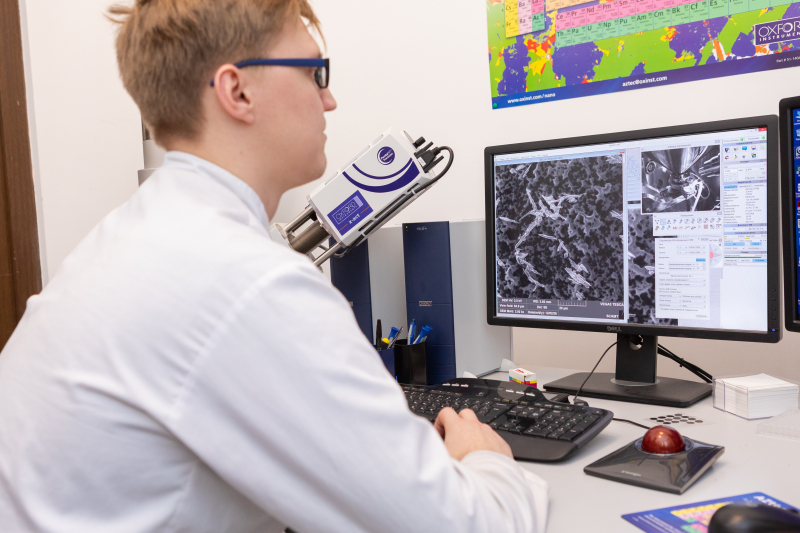 The freshly opened program was launched as part of the Data-Driven Nanomedicine project, which became one of the winners of ITMO's 2030 Open Call for Projects in the сategory PI Group: Scientific Hyperjump Initiative. The overall goal of the project is to form a scientific team that can develop drugs and nanomaterials developed with AI. The new program, in turn, was designed to train such professionals.

As noted by Vladimir Vinogradov, the head of ITMO’s SCAMT Institute and the new program, its goal and objectives stem from data-driven science – a rapidly growing field of study based on massive amounts of data and their analysis.

“Today’s scientists are making a shift from the classical formula-based science to an experimental data-driven one, in which researchers can turn to existing datasets to get the results of their studies. This program is our way to show how chemical, materials science, and partially biological problems can be solved with the help of artificial intelligence. First and foremost, students of our program not only acquire theoretical knowledge but also immediately put what they have learned into practice. Each will have the chance to work on their own projects, whether they would like to develop a platform to predict research results or try their hand at full-stack development by finding and experimentally testing AI-based solutions,” says Vladimir Vinogradov.

As the first step, the program offers a course on mathematical representation of chemical problems and systems during which students will find out how chemical and materials science objects can be converted into datasets. Then, they will move on to learn how to create databases, as well as write algorithms and code that can help them tackle complex chemical challenges. After that, students will be able to take their first steps into the fundamentals of machine learning and computer simulation of chemical processes. To extract specific information from large datasets and process natural languages, students will be introduced to neural networks. By mastering them, students will be able to review theoretical and experimental data as plain text.

The courses will be delivered by both ITMO lecturers and invited experts, including ‪Olga Kononova, an MIT graduate and a former postdoc at the University of California, Berkeley, Pavel Levkin, the head of the Biofunctional Materials research group at ITMO’s SCAMT Institute and a laureate of the ITMO Fellowship & Professorship program, and Alexander and Dmitry Kvashnin, students of the world-famous Russian chemist Artem Oganov. The course on neural networks will be implemented with the assistance of specialists from the JetBrains Research company.

The program offers both theoretical and practical classes. During their studies, students will have the chance to work on their own projects, which they can then turn into PhD theses or pitch to potential customers. Master’s students of the SCAMT Institute obtain extensive project-related experience over their training. Not so long ago, they developed a platform called DiZyme that contains a database of nanoparticles with their enzymatic activity, an interactive data visualizer, and AI algorithms. The service was proved to be efficient in predicting a reaction’s kinematic properties.

Students can also complete their internships and gain work experience by taking part in technology brokering or startups, conducting research, or collaborating with the university’s international partners from the pharmaceutical industry (such as BIOCAD and others).

By the end of their studies, they have to decide how they want to defend their projects. As of now, students can write a scientific paper, launch a startup, create a work of science art, or write a conventional thesis to receive their diploma.

Students of the program can get an additional up to 30,000 ruble stipend for their project activities, be it a startup or a scientific breakthrough. The selection process takes place in several stages. In September, candidates must give a presentation to an expert board during which they will touch upon the scope and global relevance of their future product or research. Then, they will have to first share the initial results of their work in December and then the qualitative ones (a draft of a scientific paper, a startup idea, or a prototype) in April.

All in all, sixteen students will be enrolled in the program. You can get in through:

“We expect students with a background in chemistry, materials science, and perhaps technology who have basic programming skills or would like to learn to code. Most importantly, they should be motivated and ambitious,” notes Vladimir Vinogradov.