We caught up with Dauddin Daudi, a recently-enrolled student of the Chemistry of Applied Materials Master’s program. Before coming to ITMO, he worked on a number of projects and was twice named a winner of the national contest My Country – My Russia. Speaking to ITMO.NEWS, he elaborated on the projects that brought him success and explained why he abandoned a career in the oil industry to study spiderwebs – and why science needs to be popularized not only among the public, but among scientists, too. 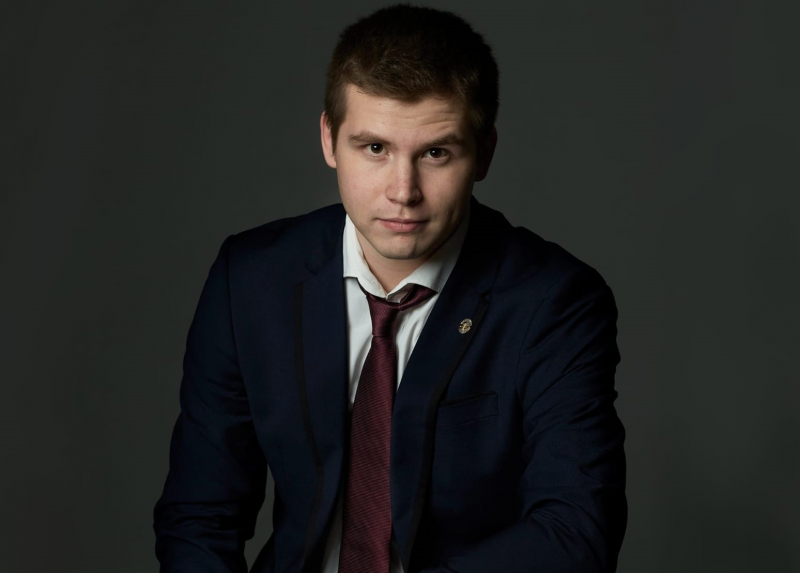 Where did you study before ITMO?

At the Gubkin Russian State University of Oil and Gas. I graduated with a Bachelor’s in Chemical Technology of Oil and Gas. My major focused on the specifics of producing high-quality fuels and lubricants (motor oils and viscous lubricants) using oil and gas.

As a student, I actively conducted industrial research and participated in various international and national scientific contests and conferences. I did fundamental research, too: in my fourth year, I conducted a study titled Encapsulation of salt crystal hydrates into capsules produced through the inverse emulsion.

So what brought you to ITMO?

As I was wrapping up my Bachelor’s studies, a friend of mine suggested I do my Master’s at ITMO – she’s a student at the ChemBio Cluster here. I became interested and decided to learn more about it. I was intrigued by the research done by the Ceramic and Natural Nanomaterials Lab. One research project dealt with the development of materials based on spider silk for use in regenerative medicine.

Besides, ITMO offers a much greater number of opportunities for career development in science than other universities. My previous alma mater was more focused on training specialists for the oil and gas industry so, as I see it, it was more difficult to do research there. I understood that if I want to grow as a scientist, I’d need to get into ITMO.

Also, ITMO gives students the chance to get involved in international projects, which is something few Russian universities offer.

What was the first project you submitted to the My Country – My Russia contest?

I was in my third year then and was working on an energy-efficient motor oil based on polymer viscosity modifiers. Say you’ve got an engine that pumps and burns fuel. The energy produced by the burning brings a piston into motion. If it does at least one pass up and down without being greased by motor oil, it’ll heat up enough to expand and jam the engine. After that, it’ll only be good for scrap.

My task was to devise a kind of motor oil that you wouldn’t need to change very often. We came up with a mixture that resulted in less energy being spent to pump the oil. Since we’re using less energy and less oil, we’re also using less fuel. And we were able to reduce the amount of carbon emissions, too.

But the most interesting thing was that we produced these oils using domestically produced components. Later on, this project became the topic of my graduation thesis. I also won a grant. But having brought the concept to its logical conclusion, I realized I actually prefer fundamental science.

You currently work at ITMO’s Ceramic and Natural Nanomaterials Lab, where you study the properties of spiderwebs. What caused such a drastic shift in your scientific interests?

Even when I was at Gubkin University, motor oils weren’t my only interest. I have eight articles indexed by the Higher Attestation Commission database and three indexed by Scopus… I was actively building up my academic career and participated in more than 16 international conferences. At some point, I understood that I don’t want to limit myself to studying lubricants.

At one point, I decided to get into hydrogen energy. I put together a team of gas conversion students and we wrote an article on the prospects of exporting hydrogen produced from natural gas through steam methane reforming (SMR).

I tried different ideas, including a nanochemistry project I once joined in which I developed thermoregulating nanoparticles. You can add them, for example, to construction materials in order to maintain a comfortable temperature inside buildings all throughout the year.

Which projects do you plan to work on at ITMO?

I’m looking at ways to use spiderwebs to reduce scarring following invasive surgery on internal organs; scar tissue is a common cause of recurrent issues. Spiderwebs are an interesting material; one of its advantages is biodegradability. Right now, I’m working on modifying it for future use.

Can you use the webs of any spider species for this purpose or only particular ones?

We went with birdeater spiders because they produce a large volume of the web. They are also more or less docile – haven’t bitten anyone so far. And even if they do, their venom isn’t potent enough to bring serious harm to humans.

In addition, it’s important in science that all the results are similar. If everyone at the lab worked with different spider species, we wouldn’t be able to conduct comparative analysis later on.

You’re enthusiastic about the popularization of science and the second project you submitted to the contest dealt with that subject. What, in your opinion, is a good way to make science accessible to the wider public?

At many universities, even the scientists themselves don’t really know what their colleagues from other fields do. As a result, their research develops in parallel to one another, without crossing over. Let’s say we’ve got a specialist in bolts who’s written a bunch of articles about them. And I need to hammer a nail. I come to this person and they tell me: “Nope, nails aren’t my thing, can’t help you. There are specialists in nails and hammers abroad, they can help…” Communication between people in different scientific fields is lacking and it needs to be fixed.

I also want to help popularize natural sciences, to talk more about the achievements and ideas developed by young scientists. I have an idea for a series of interviews with young scientists who have done great things despite their age.

For instance, I’ve already spoken to a scientist who has developed a bionic hand prosthesis that can be controlled with one’s thoughts. This is usually done with sensors, but he has invented a headset that receives electrical impulses via neurons. So all you have to do is simply think about moving the hand and it’ll do just that. For this project, he has received a medal from the Russian Academy of Sciences.

Another example: there’s a student in my dorm who has just finished school and, at the age of 17, already holds three patents. There are many such talented people out there, but they’re not well-known. That’s why we need to talk about them more.