‘Free From Sulfates, Phosphates, and Parabens’: What Is Chemophobia and How Is It Tackled at ITMO

You may not have heard about chemophobia, but this fear of chemical substances is a vastly more widespread phenomenon than it may seem at first glance. ​​​​​​ 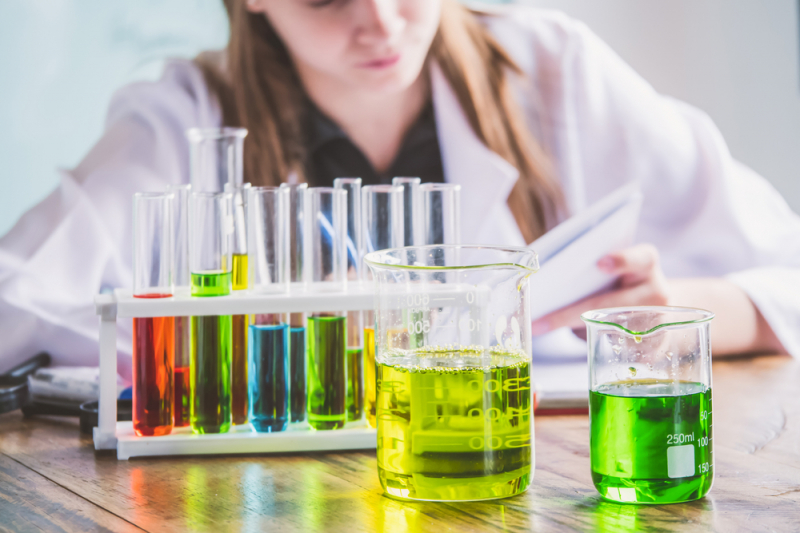 In a 2019 research conducted among 5,630 residents of eight European countries, 30% of respondents indicated that they fear chemical substances, while 40% said that they want to live in a world where chemicals don’t exist at all. The authors of the research also discovered that most people’s knowledge of the natural world is extremely low: 82% of respondents didn’t know that the salt that is extracted from the sea and the salt that is synthesized artificially are, in fact, the same chemical.

The problem is that chemophobia, unlike other widespread phobias such as the fear of spiders or the fear of flying, isn’t as obvious and pronounced. Most often, it manifests as rejection of processed foods in favor of natural ones marked with “eco” or “farm-made” – which can look like a regular concern for one’s health – or rejection of regular shampoos and deodorants in favor of soap roots and alum stones. In more alarming cases, chemophobia could cause someone to reject all kinds of medicines and vaccinations, which could become a problem for not only the person themselves, but also the people that surround them.

Despite the fact that chemophobia has been red-flagged for several years now and its acuteness is obvious, the professional community still hasn’t come up with a definitive opinion on how to treat this disorder. What complicates the situation further is that neither the phobiacs themselves nor the people around them can recognize the manifestations of this phobia, not seeing it as a problem and, consequently, not seeking help.

Arachnophobia and other professional fears

Alyona Kostyanko, Master’s student at ITMO’s ChemBio Cluster, under the guidance of Mikhail Kurushkin, associate professor at the Research and Educational Center of Chemical Engineering and Biotechnology, and with participation of Polina Pereshivkina, Bachelor’s student at the Faculty of Software Engineering and Computer Systems, has developed a project for psycho-curative treatment of chemophobia. It includes initial diagnostics, a consultation with psychotherapists and, most importantly, the use of virtual reality as the main method of work.

“Virtual reality is used in the treatment of many phobias, including arachnophobia, fear of flying, fear of open spaces and heights, and others. There is a whole range of papers in high-status science journals on treating phobias with the help of virtual reality – this is an established research field. Nevertheless, so far, absolutely no one in the world has proposed a way to deal specifically with chemophobia, although the need to counteract it is quite obvious. We decided that ITMO is the perfect place for creating such an interdisciplinary project at the intersection of chemistry education, healthcare, and virtual technologies,” shares Mikhail Kurushkin.

The idea behind the project arose as part of the work of SCAMT’s Chemistry Neuroeducation laboratory – its goal was to help biology and chemistry majors combat their professional fears, namely the fear of spiders, working with which is unavoidable for anyone wishing to join, for example, the Ceramic and Natural Nanomaterials lab. But, according to Mikhail Kurushkin, this task is, to a certain degree, already being solved by scientists abroad, which is why ITMO’s researchers decided to tackle a less-researched field.

“The idea of tackling chemophobia came when I remembered a situation from my life: as a child, I wanted to become a doctor, but I was afraid of blood, syringes, and injections. This was the reason why I abandoned my dream. But this prompted the creation of the project for combating phobias, specifically chemophobia, because this topic hasn’t yet been sufficiently studied, even though it’s a very topical issue these days,” says Alyona Kostyanko.

A team of experienced psychotherapists are working on the project, which includes Prof. Evgeny Abritalin DSc, chair of the Association for Cognitive-Behavioral Psychotherapy and vice president of the Russian Psychotherapeutic Association Dmitry Kovpak PhD, and Anna Zotova PhD.

“People restrict their behaviors and don’t even always realize that they have this problem, considering their lifestyle as natural and normal as any. They don’t realize that their quality of life suffers as a result. The line between a principled stance and chemophobia as a disorder can be very subtle. The goal of our project, among other things, is to make this line more clear-cut: so that both the professional community would understand what help they can provide, and people themselves would realize that they can seek help if they experience chemophobia on a certain level,” comments Evgeny Abritalin.

“In case a person indicates that they harbor a specific fear but this isn’t confirmed by any muscle responses, we can’t be 100% sure that they have this phobia. Conversely, someones’ bodily responses can tell us a large number of nuances in their relation to this very fear, and then we can establish some of their additional triggers that the test might have missed by way of conversation,” notes Grigory Krutov.

Now, the project is in its first stage – the selection of volunteers for one-on-one sessions. Together with the psychotherapists, a screening test has been developed in order to detect the primary signs of chemophobia, based on the results of which respondents will be invited to join the project. Anyone can participate by filling in this survey (in Russian) and, if they so wish, leaving their contact information so that the project’s team could send them an invitation to join. Each respondent will get individual feedback from the project’s team.

The next stage will be to develop an original psycho-curative methodology – it will be based on cognitive-behavioral therapy methods and general principles of working with phobias: psychological education, behavioral experiments, and immersion in phobic situations. The key tool will be virtual and augmented reality products that have already established themselves on the market. Later on, ITMO University’s Center of Usability and Mixed Reality will develop its own virtual environment specifically geared towards chemophobia.

“Our Association for Cognitive-Behavioral Psychotherapy collaborates with Rossiya Airlines and a range of centers specializing in training pilots through maximum immersion in virtual simulations of reality. In this regard, we have accumulated extensive and in-depth theoretical and methodological experience and considerable practice-oriented technological developments in the field of virtual and augmented reality, as well as in the most complex integrated environments and technologies. We will, of course, be glad to apply and develop this experience as part of this interesting project dedicated to combating chemophobia,” comments Dmitry Kovpak.

The above-mentioned paper by Swiss researchers posited a hypothesis that chemophobia might be a result of poor chemical and biological awareness and tendency to jump to conclusions. These are also what underpins the anti-vaxxers movement and many other antiscientific concepts flooding mass and social media.

That’s why, apart from developing a support program for chemophobiacs, the project also aims at raising awareness – both psychological and general – among the wider public.

“Chemophobia can be caused by the absence or unreliability of chemistry knowledge, someone’s poor awareness. The field of chemistry is shrouded in myths, fake news, and unsubstantiated data many people believe in. For example, someone would look at a shampoo’s composition, see sulfates there and decide that it’s harmful to their health, though the only thing these chemicals really do is to facilitate foaming. I’d very much like it if our project helped people become more informed, learn more about the chemicals around us and stop fearing them. After all, chemistry is an integral part of our lives,” concludes Alyona Kostyanko.